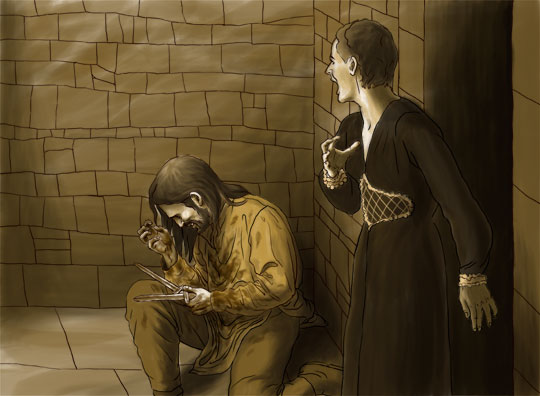 Some of the most famous and poetic lines from Macbeth are expressions of remorse. "Will all great Neptune's ocean wash this blood / Clean from my hand?" exclaims Macbeth after he stabs Duncan (II ii 58-59).

At first physical remainders of a regrettable crime, the royal blood leaves permanent marks on the psyche of the couple, forever staining them with guilt and remorse. The different ways in which the Macbeths cope with their crimes show how their characters develop: whereas Lady Macbeth is initially the one without scruples, urging Macbeth to take action, it is an overpowering sense of guilt and remorse that drives the Lady to her untimely death. Macbeth, on the other hand, seems to overcome the guilt that plagues him early on in the play.