The Difference Between Kingship and Tyranny Theme

The Difference Between Kingship and Tyranny Theme 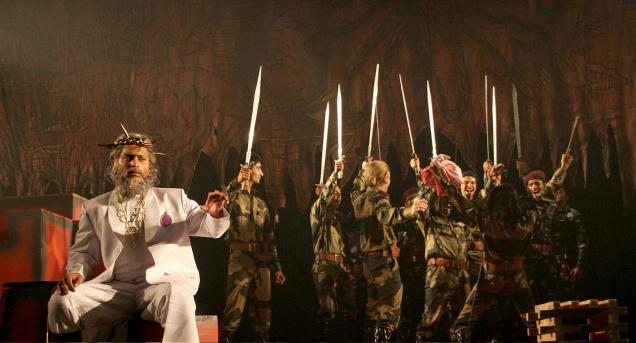 The Difference Between Kingship and Tyranny

In the play, Duncan is always referred to as a "king", while Macbeth soon becomes known as the "tyrant". The difference between the two types of rulers seems to be expressed in a conversation that occurs in Act 4, Scene 3, when Macduff meets Malcolm in England. In order to test Macduff's loyalty to Scotland, Malcolm pretends that he would make an even worse king than Macbeth. He tells Macduff of his reproachable qualities - among them a thirst for personal power and a violent temperament, both of which seem to characterize Macbeth perfectly. On the other hand, Malcolm says,

The model king, then, offers the kingdom an embodiment of order and justice, but also comfort and affection. Under him, subjects are rewarded according to their merits, as when Duncan makes Macbeth thane of Cawdor after Macbeth's victory over the invaders. Most important, the king must be loyal to Scotland above his own interests. Macbeth, by contrast, brings only chaos to Scotland - symbolized in the bad weather and bizarre supernatural events - and offers no real justice, only a habit of capriciously murdering those he sees as a threat. As the embodiment of tyranny, he must be overcome by Malcolm so that Scotland can have a true king once more.