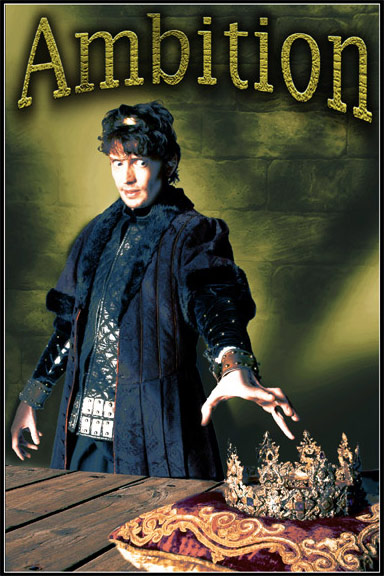 Ambition and temptation both play a key factor in Macbeth and Lady Macbeth's decision to kill Duncan. Macbeth possesses enough self-awareness to realize the dangers of overzealous ambition:

And yet, the temptation to carry out the witches' prophecy is ultimately too strong for Macbeth to curb his ambition. In Lady Macbeth's lexicon, incidentally, "hope" is also another word for "ambition" and perhaps "temptation." As Macbeth expresses his doubts about killing Duncan, she demands:

Ironically, Lady Macbeth must herself rely on intoxicants to "make [her] bold" before executing her ambitious and murderous plans (II ii 1). Once the intoxication wears off, Lady Macbeth finds that she is unable to cope with the consequences of her own "hope." Ultimately, ambition and temptation prove fatal for both the Macbeths.