Azim Hashim Premji was born in Bombay (now Mumbai), India on 24th July 1945 to businessman M.H.Premji. He came from a Shia-Muslim family. His father was the owner of Wipro Ltd, at that time Western India Products, a vegetable fat manufacturer. 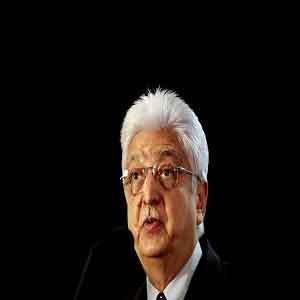 As a child, Premji went to St Mary's School in Mumbai, and went on to pursue engineering degree at the world renowned Stanford University in California, USA. Due to unfortunate death of his father, he was called to take over the family business. He started managing his family business at a young age of 21 years in 1966. At the first annual general meeting of the company attended by Azim Premji, a shareholder doubted Premji's ability to handle business at such a young age and publicly advised him to sell his shareholding and give it to a more mature management. This spurred Azim Premji and made him all the more determined to make Wipro a success story. And the rest is history.

Azim Premji is married to Yasmeen Premji, and together they have 2 sons, Rishad and Tariq Premji. Rishad is now the Chief Strategy Officer of IT Business for his father's company.

Under Premji's management, Wipro Ltd expanded and progressed to new heights, and the business began developing to manufacture other products. This included light bulbs with GE, and later personal care consumables such as soap and baby care.

His vision was different from others, and he used eye-catching packaging to entice his consumer audience, pushing his inherited company ahead of the competition and used other intelligent tactics such as cutting out the middle man to further boost the company's profits.

It was very clear at this time that he was extremely business minded, as instead of employing family members in his business, he opted for graduates in management and engineering as he knew this would ensure the success of his company.

In 1975, he founded Wipro Fluid Power, a manufacturer of hydraulics and truck tippers. But his thirst for success drove him to continue his search for a niche. 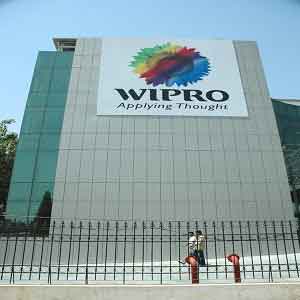 In 1979, when IBM left without permission to continue business in India, he saw an opportunity and turned his attention to the computer industry. Very soon afterwards, his business became one of the world's leading computer producers. The technology arm of the business now also expanded to manufacturing medical computer systems and office technology products worldwide. Wipro got listed on New York Stock Exchange( NYSE ) in 2000.Wipro was the first company in India to adopt the six sigma concept.

Today ,Wipro is one of the leading IT companies in India and its businesses include R & D, Outsourcing , Consulting and Software. Within a short period, the Wipro name grew to $662 million and is currently worth $8.5 billion.

According to Forbes who produce the world billionaires list, he is India's third richest man with a fortune of $13 billion. In spite of his fortune, Premji has never let his success and fortunes go to his head. He is reported to stay in standard hotels and travel economy class.

Azim Premji foundation was set up in 2001.It is a non-profit organization and runs various programmes to provide quality education to children in rural areas.